News of islanders' births, marriages, deaths, and significant birthdays and wedding anniversaries, both on Tristan da Cunha and abroad, during 2016.

We regret to announce the death of Betty Agnes Rogers, who passed away peacefully in her sleep on 23rd April 2016, aged 68. The funeral took place the following afternoon.

Betty was born on 22nd April 1948 to parents Cyril and Ellen Rogers, and was one of nine children. She is survived by her mother Ellen, brothers Frank and Jeffrey and sisters Catherine, Jennifer, Jessica and Brenda.

Betty first worked at the Fishing Factory as a processor and then as a cleaner at St Mary's School. She is fondly remembered as a wonderful babysitter and often would baby-sit for many expatriates who had children. On outings to the Patches with the Guides and Brownies, Betty would always come along to help out with the cooking, making wonderful plum puddings. She had a kind and caring nature and all children loved her. 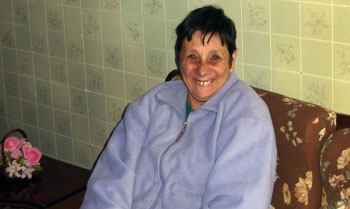 Photo of Betty at her home from brother Frank

Betty's sister Jessica, now living overseas, remembers her sister as someone who "was very caring, always smiling and loved a joke. She loved children and when we stayed on Tristan for a year Betty would look after my children cook their tea and baby-sit them. They all became very fond of her and would sometimes ask to stay home with her rather than go out with us. Betty didn't have an unkind word to say about anyone and always saw the best in people, she was kind and very hard working looking after the house and cooking and cleaning for Mum as she got older".

Betty was active for most of her life and enjoyed working at the Potato Patches with her late brother Henry. She will be greatly missed by her family and friends.

We regret to announce the death in England of Adam Swain on 1st March 2016, aged 80.

Adam was born on 17th February 1936, the eldest of three children of Norman and Maud Swain. He was evacuated from Tristan after the October 1961 volcanic eruption with his parents and sister Patricia, but his brother Sogneas was one of six Tristan Islanders then living in the Falkland Islands who joined their families later in England. 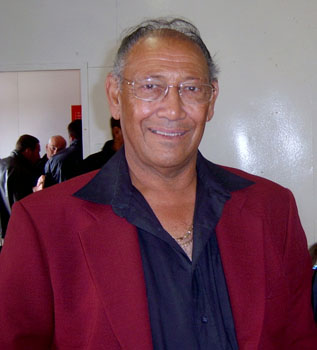 Adam, then aged 25, was chosen as a member of the Royal Society Expedition to Tristan da Cunha which made a crucial study of the volcanic eruption and its effect on the island. Adam and co-islander guide Joseph Glass flew to South Africa from London on 18th January 1962, travelling aboard SAS Transvaal to arrive at Tristan on 27th January. It was during this journey, on 22nd January, that Tristan islanders moved from their temporary home of Pendell Camp in Surrey to what was regarded as their new permanent home at Calshot in Hampshire. The expedition was picked up by HMS Protector on 20th March, having achieved most of its objectives. Official reports were negative with regard to the possible re-settlement of Tristan. However, when Adam and Joseph returned to join their families living at houses in Tristan Close Calshot on 13th April 1962, they led a demand by Tristan islanders to return home. Adam and Joseph were clear that the island was still suitable for habitation and their words “There is nothing to stop us going back. Everything is all right”, were heralded across the national press the following day. Therefore, Adam played a pivotal role in the island’s history.

Adam decided not to return to Tristan, instead remaining in England, where he married Margaret and they had two daughters, Tracy and Paula.

In March 1987 Adam appeared in the popular ITV programme ‘Surprise, Surprise’ hosted by Cilla Black. Expecting a celebration of his birthday a few weeks before, he was overcome when his sister Pat and mother Maud appeared on the show. They had travelled from Tristan starting with a voyage on the RMS St Helena to Cape Town, for an emotional reunion after more than 20 years.

Adam is survived in England by his wife Gwen, and his daughters Tracy and Paula, and on Tristan da Cunha by his sister Pat.

The Funeral Service took place on Tuesday 22nd March at All Saints Church, Fawley, followed by Committal at Blackfield Cemetery. A service was also held at the same time in St Mary’s Church on Tristan da Cunha. 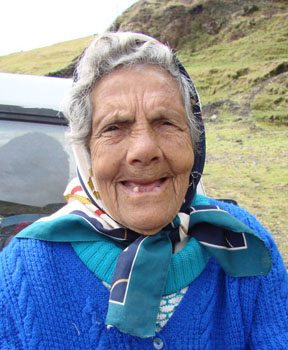 We regret to announce the death of Winifred Ann Green, known to everyone on Tristan as "Aunt Winnie", who passed away peacefully at her home on 10th January 2016, aged 89. The funeral was held at 2.00pm the following day.

Winnie was born on 17th January 1926 to parents Jack and Rosa Rogers and was the oldest of three children. She married the late Nelson Green on 18th June 1947, and their wedding was filmed by the ABC News. Their only child, Malcolm Jack Green, was born in 1951.

Winnie was active in the community and no stranger to hard work. She loved working in the potato patches, carding and spinning, and doing odd jobs around the house. She was someone who cared about others, who always offered a helping hand and who could never say no if someone needed her help. She always greeted you with a smile and will be greatly missed by family and friends.

Winnie is survived by her sister Monica, her son Jack, daughter-in-law Cynthia, her grandson Shane, Kelly and her Great-granddaughter Savanna.

The family would like to thank all those who sent messages of condolence.